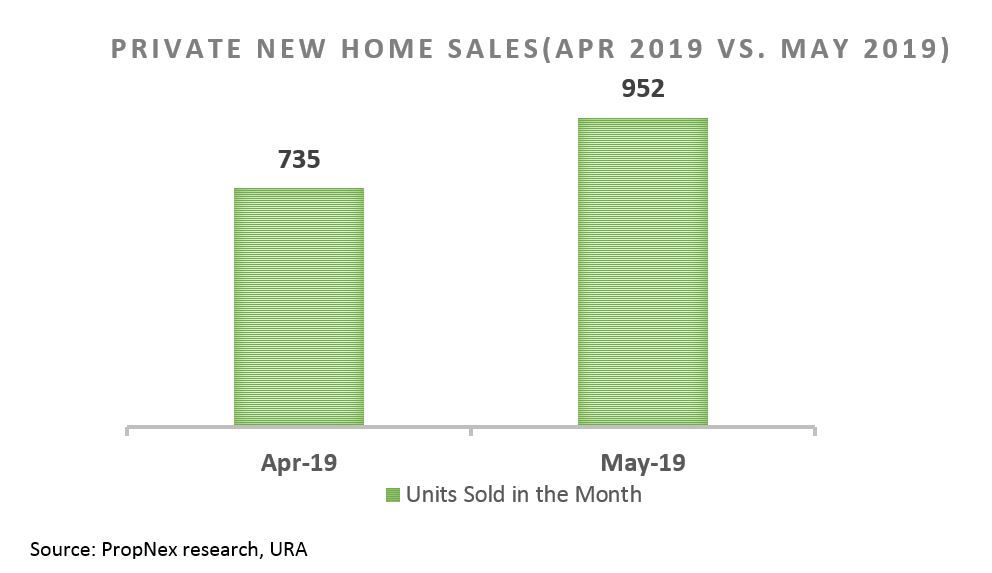 Chief Executive Officer of PropNex Realty, Mr Ismail Gafoor mentioned that, “The momentum of the private new home sales in May were mainly attributed to two newly launched projects, which were Amber Park and Parc Komo. Amber Park had over 26.2% take-up rate and Parc Komo had over 28.6% take-up rate in May. These take-up rates can be considered healthy, under the current market circumstances. An indication that rightly priced freehold projects continue to remain attractive to investors and upgraders. However, despite the increase in the number of new launches in May, previously launched projects continue to be in great demand, as it contributed to 53.5% of the overall private new home sales in May.”

The top 5 best-selling new launches for the month of May were Amber Park, Parc Komo, The Woodleigh Residences, The Florence Residences and Treasure At Tampines . With Amber Park was the top selling development, with a total of 155 units sold at a median price of $2,475 psf. Trailing closely was Parc Komo, which sold a total of 79 units at a median price of $1,497 psf. 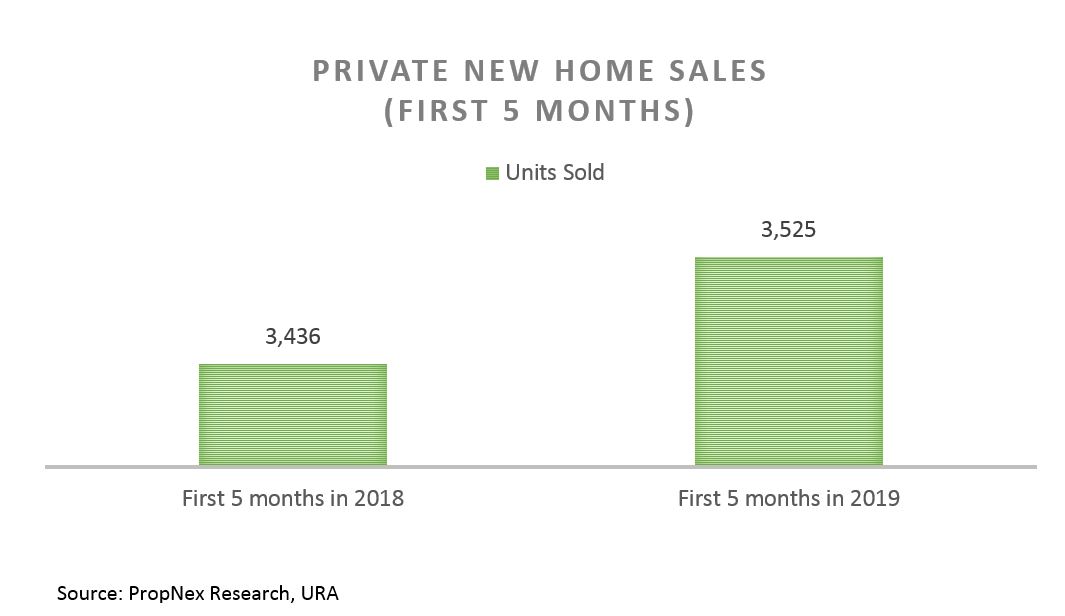 In conclusion, Mr.Ismail remarked that, “There was a total of 3,525 private new home sales (excluding ECs) in the first 5 months of the year. This was an increase of 2.6%, from the 3,436 units sold over the same period in 2018. Despite the cooling measures in place and the lower take-up rates being demonstrated over the launch weekends, the overall private new home sales performance have improved as compared to last year. For the rest of the year, we are expecting consistent sales performance, with an estimate of 8,500 to 9,000 private new homes to be transacted.”