URA latest Private New Homes figures released today depicted a total of 729 private new homes (excluding ECs) transacted in the month of April 2018. As expected the number of sales crossed the 1,000 mark in April (Including ECs) with buyers continue picking up newly launched units and unsold ones from existing developments. In April, a total of 1,284 units were launched in the market. The top selling project was Executive Condominium (EC) development, Rivercove Residences EC which contributed 86 per cent (512 units) of total EC sales (596 units) by developers in April. This development has been highly anticipated by buyers as it is the only EC that is launched in 2018.

Mr Ismail Gafoor, CEO of PropNex Realty remarked, “Recent launches in April and May at Verandah Residences, Rivercove Residences EC, Twin VEW witnessed close to or even more than 80% units sold within a single day. This demonstrate the ongoing strong appetite from home buyers, upgraders and foreign investors who are snapping up smaller units of 1 to 2 bedrooms within the first few hours of the launch. Those who were waiting at the sidelines in the last 3 years are now purchasing units at new launches, sensing that prices might increase moving forward.” 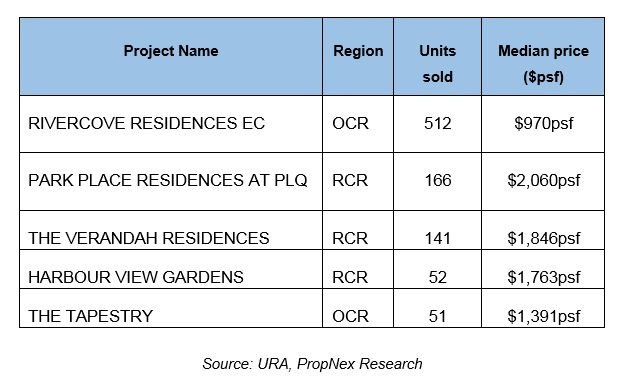 Mr Ismail Gafoor highlighted, “With robust en bloc transactions, there will be record number of transactions this year as displaced owners look for replacement homes or purchase private properties as an investment property. The bullish land bids at GLS sites and high prices fetched at collective sales would lead to price hike for properties in the third quarter of 2018.” 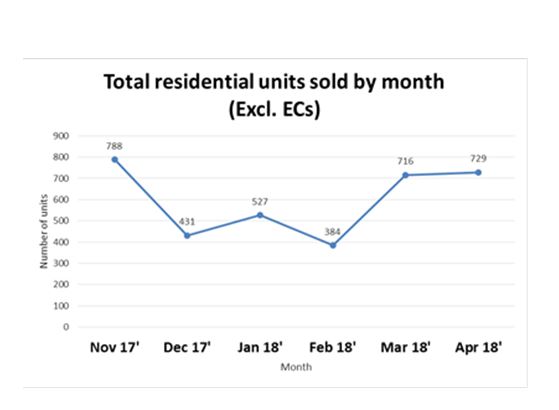