URA’s Q2 2017 data shows that prices of private homes in Singapore fell 0.1 per cent quarter-on-quarter (Q-o-Q) which is the lowest decline in the past 15 quarters since prices started to fall in Q4 2013, depicting the positive turn in the private residential market. 2Q 2017 also rebounded strongly, having witnessed 6,905 transactions, the highest number concluded in the past 16 quarters since 2Q 2013 (6,945 transactions). This also marks a total of 12,107 transactions in the first half of the year.

In this quarter, resale transactions took the lead with 3,698 transactions as buyers are attracted by the resale prices which are generally 10 to 20 per cent cheaper than new launches.

CEO PropNex Realty, Mr Ismail Gafoor highlighted, “The real estate market is currently abuzz with activities as we feel positive sentiment all-round, from the keen interest displayed by consumers at the recent launches of Martin Modern, Hundred Palms Residences EC and Le Quest, bullish bidding of land sites by developers and also the increasing number of successful collective deals recently. We are witnessing broad-based demand from all segments of the private residential segment and this sentiment will set to continue for the rest of the year.” 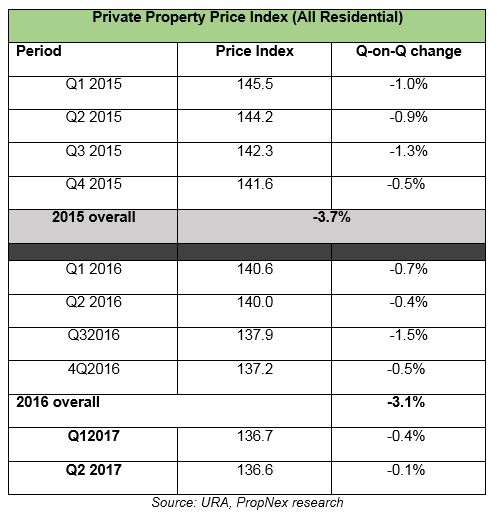 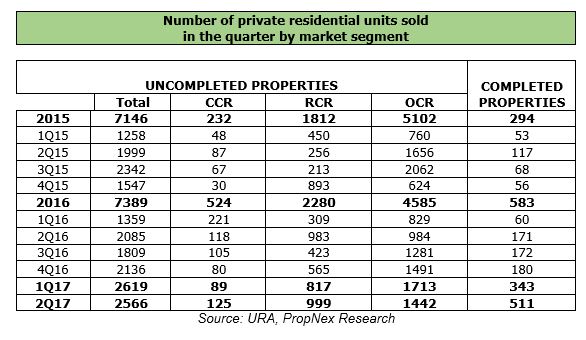 Despite having lesser launches in the second half of the year, Mr Ismail is confident that the total volume of transactions for new launches and resale will witness a 25 per cent increment, crossing the 21,000 mark by end of 2017. He also foresees 12,000 private new homes transactions (Excluding ECs) and 16,000 (Including ECs) by end year. As for the price index, based on the performance of the first two quarters, Mr Ismail predicts that the overall prices in 2017 will drop by a marginal -1.1 per cent as compared to -3.1 per cent in 2016.

Public home segment witnessed highest transactions in last 18 quarters
HDB resale prices dipped 0.1 per cent in Q2 2017, a better performance as compared to the 0.5% decline in Q1 2017. CEO Mr Ismail commented, “The current price points are indeed enticing for buyers to enter the market, especially so for young buyers and upgraders. The HDB resale segment also witnessed 6,001 transactions this quarter, the highest since the last 18 quarters.
Mr Ismail predicted that 2017 will probably see a price movement of about -1 to +1 per cent, with volume exceeding 22,000 units due to the lower asking prices. 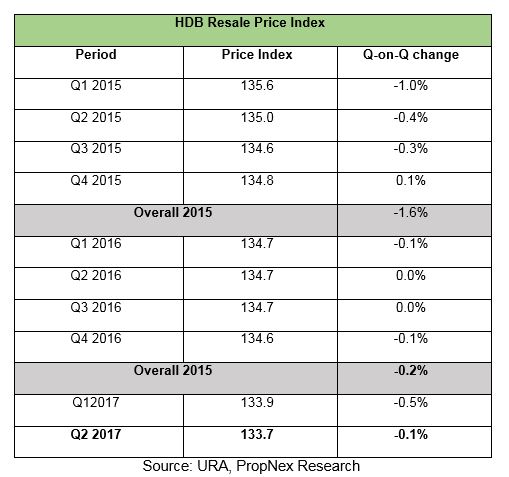