The figures released for today depicted a total of 1,394 units (including ECs) and 1,024 units (excluding ECs) transacted in May 2017. 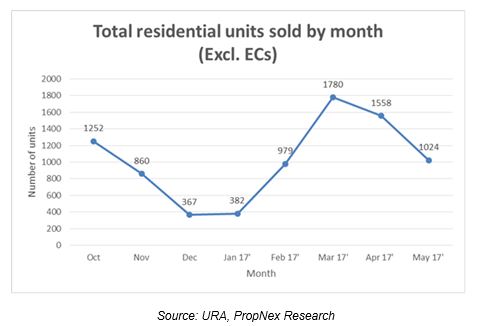 Even though the figure in May might have taken a dip compared to the previous month due to the lack of new major launches, it still reflects the positive market sentiments in the first half of 2017. Comparing Year-on-Year, the total number of transactions in the first five months of 2017 reflected a significant increase of about 61% as compared to the same period in 2016.

CEO PropNex Realty, Mr Ismail Gafoor commented, “Like what we witnessed in April, consumers are continuing to pick up units nearing TOP dates. This is evident in the results of the five best performing projects of this month. Especially for Parc Riviera and Sol Acres EC which have continued to sell well in the first five months of 2017.” 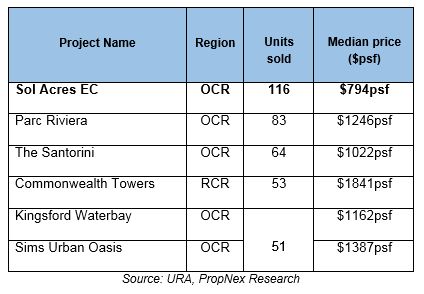 Properties in the Outside Central Region (OCR) continues to be the most sought after, accounting for 60.3 per cent of new private home sales (excluding ECs), while Rest of Central (RCR) and Core Central Region (CCR) accounted for 33.3 per cent and 6.4 per cent respectively. 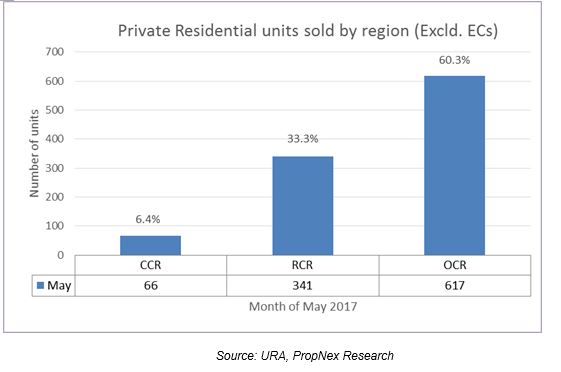 Mr Ismail expects the trend of strong demand will continue throughout 2017 and is optimistic that his prediction of private homes transactions crossing the 15,000 mark (Including ECs) and 10,000 units (Excluding ECs) by the end of this year will materialise. He commented, “More consumers will come to realisation that the Singapore property market have bottomed out and prices are likely to inch upwards with the strong land bid prices we are currently witnessing. This might it turn propel them to make the move in their property purchases.”